So... I have begun teaching my oldest daughter, Riley Joy, to use the command line. She insists that she wants to learn programming, and the command line is obviously the best place to start!

In preparation for our first "programming class" I created a new repo on GitHub called Kiddo-Command-Line. I am filling it with batch files and other scripts which will make the command line fun and interesting for her.

The decision I had to make was whether to teach her to use DOS commands or Linux bash commands. I have her on a Windows 7 machine right now working in DOS, but I see much more benefit in her learning the Linux commands. So after a little thought, I decided on that.

I'm no fan of GitHub for Windows, but I love that it comes with an basic set of Bash commands so anyone used to using Git from a Linux system can use it with ease from the command line in Windows. It has its own customized Git Shell which you can run, but in my case I just added the binaries folder at

to the global path variable in Windows. Remember back when you could just modify the autoexec.bat? Well, now it takes a few more steps change environmental variables. In Windows 7, I had had to navigate to: Control Panel > System > Advanced system settings > Environmental Variables. There I was able to add the folder to my path variable. 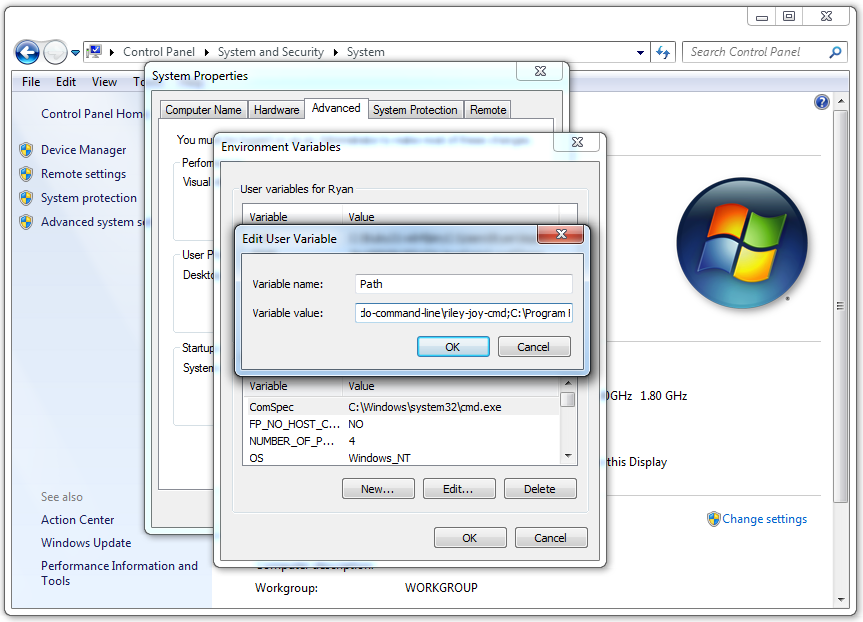 With that set, I can now use all my common Bash shell commands from DOS... and so can she! I also added my Riley-Joy-Cmd folder from kiddo-command-line to the path so she can use those commands globally.

Now, I have only written a few batch scripts for her so far. I made some which she can use to change the color of the screen. I also added a list command for her to use in place of the traditional ls command and an off command to turn the computer off.

Fun stuff! Later I will post how our first "class" went.

The Joy of Publications and Subscriptions in Meteor.js

I LOVE Meteor [https://www.meteor.com/]. It is so addicting to be able to build a web application…

Being father to three girls is a very exciting job. They continue to surprise me every day. My six-year-old…